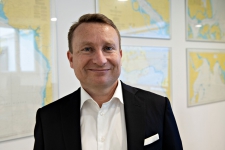 The threat of piracy, armed robbery and kidnap for ransom in the Gulf of Guinea has existed for decades with a relatively high number of incidents per year. The last couple of years the modus operandi has again changed back to kidnap for ransom, which has attracted wide international attention. The presentation will provide an update to the threats and to the security situation.

Hans will be joined by RICHARD NEYLON, partner in the Admiralty & Crisis Management Department of international law firm HFW, as a panellist.
Richard will provide information and answer members' queries regarding the legal aspects of a piracy case and the behind the scenes manoeuvring.

REGISTER TO THE WEBINAR AT: https://marfin.zoom.us/webinar/register/6916139145327/WN_qFaj4ojNSP6gLgpaf_GuvQ

Hans Tino Hansen is founder and CEO of Risk Intelligence. He specialises in intelligence and maritime security risks for shipping, offshore, oil and gas companies. In addition, he has been advising a range of companies and governmental organisations at management level since 2001.
He has led the development of the “Four Circles Model” for understanding the impact of and inter-relation between terrorism, insurgency, organised crime and piracy. From 2005 the company started analysing piracy in general and Somalia and West African piracy in particular. During 2007 he started development of the web-based global maritime security risks monitoring solution, MaRisk, which today is used by a number of private companies operating more than 14 per cent of the world merchant fleet in international traffic and by navies around the world.
He holds a master’s degree in economics from the University of Copenhagen. He served in the Danish Army for two years and later in the army reserve for eight years.
He has contributed to books on maritime security and is consulted as a commentator by the international and Danish media.

Richard is a partner in the Admiralty & Crisis Management Department of international law firm HFW.
He has been at HFW for 15 years and in the legal industry for 20 years. His passion for shipping began aged three when he accompanied his father, a Chief Engineer, on a transatlantic crossing aboard the then largest containership in the world – a mere 1556 TEU!
Richard specialises in resolving major marine casualties. He is based in HFW’s London office. He has particular experience of collisions, fires/explosions, salvage, groundings, capture/seizure and piracy. He also acts for war, kidnap & ransom, cyber and special risk underwriters and his work often involves resolving incidents in hostile environments. This includes over 150 hijacking / kidnapping / extortion incidents worldwide. He was involved in resolving about 70% of all Somali hijackings and is now actively involved in resolving West African marine kidnap for ransom cases. Through this work, he has helped secure the release of over 1,800 hostages. He also regularly deals with unlawful detentions of people and property, drug seizures and similar complex problems that companies which operate globally can become exposed to.
Richard is also a principal member of the "Hostage Support Partnership" (HSP) which works pro bono to secure the release of hostages. The HSP's work securing the release of the 48 "forgotten" hostages of Somalia has been commended by the United Nations Security Council on various occasions.

We value your privacy
We use cookies to personalise content and ads, to provide social media features and to analyse our traffic. We also share information about your use of our site with our social media, advertising and analytics partners who may combine it with other information that you’ve provided to them or that they’ve collected from your use of their services.
Manage options Manage services Manage vendors Read more about these purposes
Customize
{title} {title} {title}